Barley growers can look forward to greater yields and improved reliability from next growing season, thanks to the release of two new market leading varieties.

Cyclops and Minotaur have been launched commercially after an extensive trialing period.

"We started breeding barley in 2014 so it is very satisfying to be releasing these varieties following many years of successful trials," he said.

Throughout its field evaluation, Cyclops revealed itself to be the highest yielding barley variety in western and southern Australia, while Minotaur demonstrated an average six per cent yield advantage over popular RGT Planet.

"We view Cyclops as an 'all-rounder', performing exceptionally well in the medium rainfall, medium yield potential environments, where it has set a new yield benchmark for the majority of Australia. Cyclops also has a physical grain quality and disease resistance package that compares well with most other varieties on the market." Mr Telfer said.

Meanwhile, Minotaur has proven an ideal substitute for RGT Planet in medium to high rainfall zones.

"Because it has been bred for Australian conditions, Minotaur is better able to deal with our seasonal variability than European varieties," Mr Telfer said.

"It combines the top-end yield potential of European barley (like RGT Planet) with lower risk and widely adapted Australian genetics.

"In trials, Minotaur significantly out-yielded Planet in all but the most favourable conditions - including drier seasons with a long and favourable finish, short seasons with terminal drought stress and average seasons with moderate yield potential." 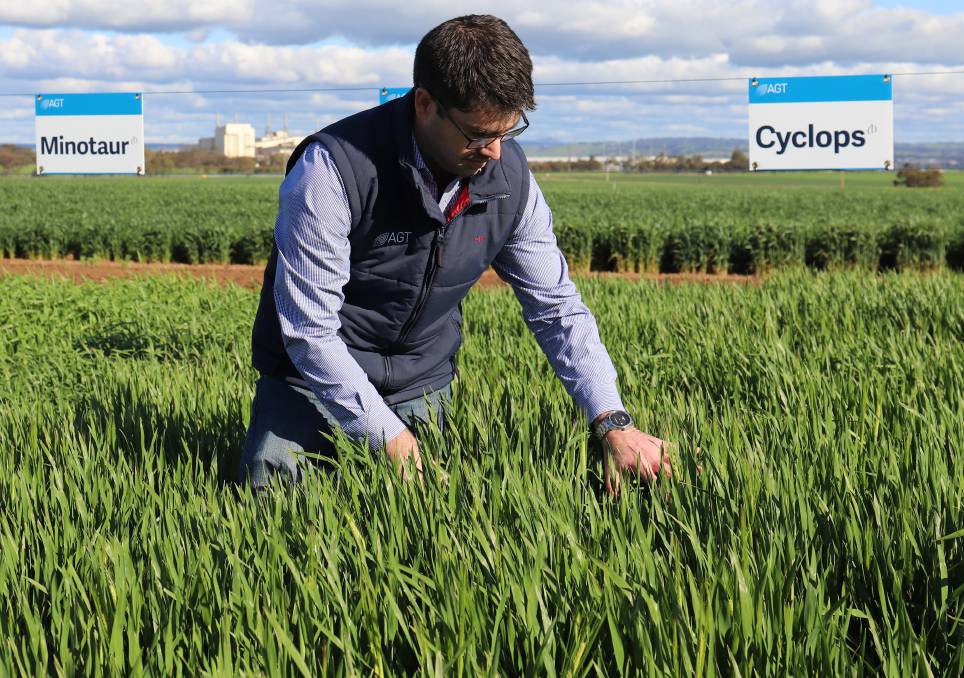 Cyclops is a quick-mid maturing barley, reaching awn peep marginally later than Spartacus CL and Beast. Its short plant type resists lodging while head loss remains similar to Latrobe and Spartacus CL. As a result, its high yield potential is enhanced by reduced losses during windy conditions before harvest.

Minotaur provides the option of a mid-slow maturity that is slightly slower than RGT Planet, allowing growers to better manage large sowing programs or a late season break. The variety grows to a relatively compact plant type with moderate lodging resistance. It also has better resistance to net form and spot form net blotch in some environments.

"Cyclops and Minotaur join Beast, which was released last year and performs exceedingly well under challenging conditions, plus Yeti which has demonstrated unrivalled yields in northern regions," he said.

All four AGT barley varieties have entered the Barley Australia malt accreditation program and are currently deliverable as feed.

Cyclops and Minotaur are available through AGT Affiliates and local retailers for 2022 sowing.

This story New barley varieties give growers a double benefit first appeared on The Land.